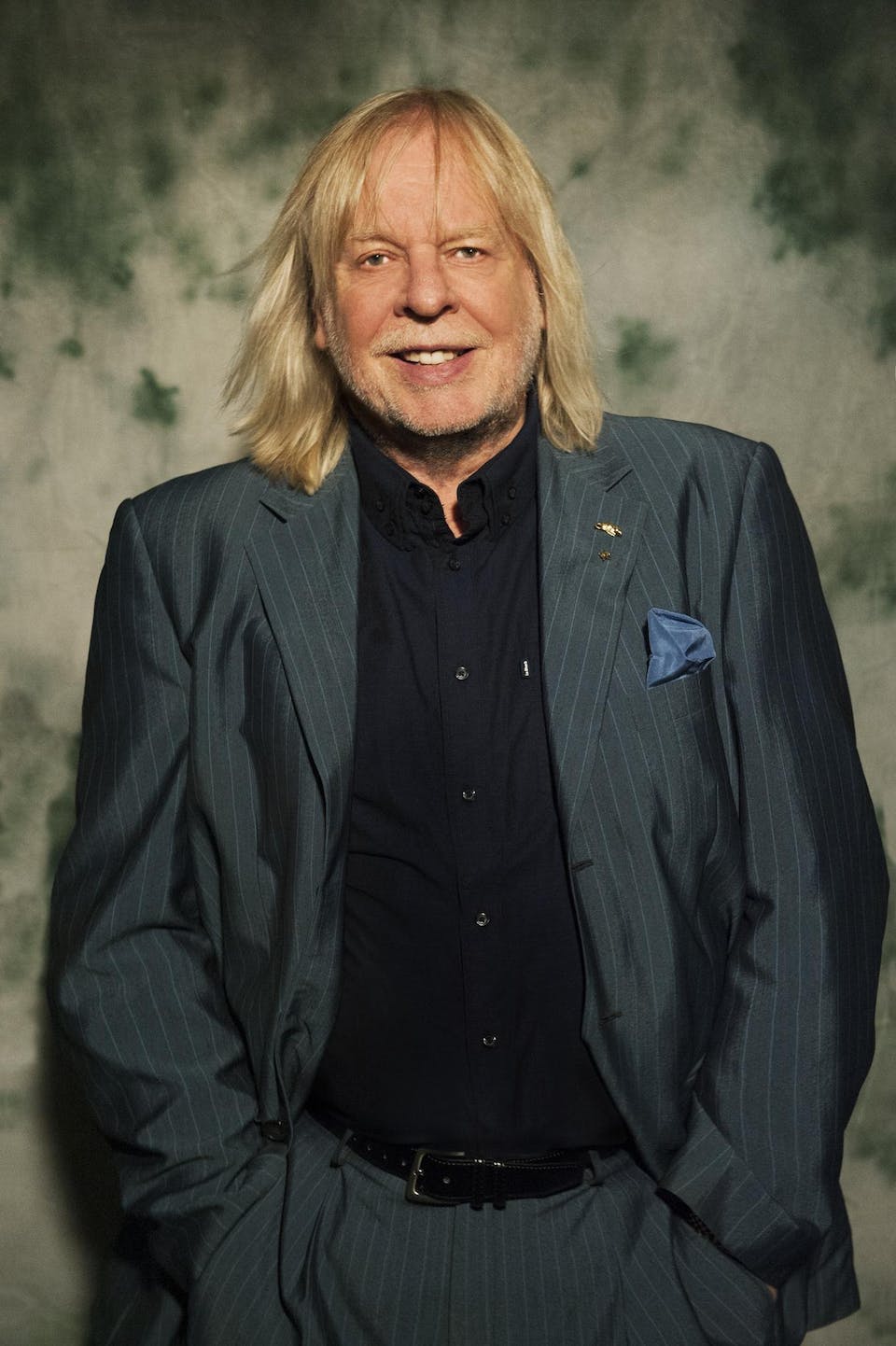 After studying piano privately for 12 years, Rick gained a scholarship to the Royal College of Music, where he studied piano, clarinet and orchestration. In March 2012, Prince Charles presented him with his Fellowship of the RCM. He was also made a Professor at the London College of Music.

As a much sought after session musician in the late sixties and early seventies, he played on more than 2,000 records, including such hits as Cat Stevens’ Morning Has Broken and David Bowie’s Space Oddity and Life on Mars, and worked with a real eclectic mixture of other notable artistes, such as Donovan, Cilla Black, Marc Bolan, Black Sabbath, Lou Reed, Mary Hopkin, Dana, Al Stewart, Elton John and John Williams.

In March 1970, he joined Strawbs. His first album with them, Just a Collection of Antiques and Curios, paved the way for ‘folk-rock’ and reviews from their concert at London’s Queen Elizabeth Hall on July 11th of that year did much to take Rick’s career to a new level.

He joined YES in August of 1971 and has been in and out of that band on quite a few occasions! (One journalist likened the relationship to that of Richard Burton and Elizabeth Taylor, in as much as they can’t live with each other, but in the same breath, can’t live without each other! Rick told the journalist he didn’t disagree as long as it was accepted that he was ‘Richard Burton’!)

Both as a solo artist and with YES, he has sold more than 50,000,000 albums, although he says that only past management would be able to tell you where the royalties went!

He has written two film scores for Ken Russell, (Lisztomania and Crimes of Passion), two scores for Harry Palmer films starring Michael Caine, (Bullet to Beijing and Midnight in St Petersburg), and the award-winning White Rock, as well as Gole, Hero, A Day After The Fair and two horror films, Creepshow 2 and The Burning.

He has also carved out quite a television career, appearing on every single episode of the Grumpy Old Men series and on Countdown just under 100 times. He has also accepted numerous invites for Never Mind The Buzzcocks and Have I Got News For You, and is now in his fifth year as a regular presenter on Watchdog. On Radio 4, he can be regularly heard on The News Quiz, Just a Minute and It’s Your Round.

Rick still finds time each year to perform concerts around the world, which can range from his extremely popular one-man show to extravaganzas with symphony orchestras and choirs.

For the first time in his long and varied career, he performed at the Edinburgh Festival in 2013, with 12 shows at The Assembly Rooms which were highly critically acclaimed, and he fast became the festival’s ‘Must See Show’.

In 2014, he delivered some major live performances of his acclaimed multi-million selling work, Journey to the Centre of the Earth, including two sold-out shows at London’s Royal Albert Hall, which resulted in him winning the Live Event of the Year award at the Prog Music Awards.

In 2016, he revived his The Myths and Legends of King Arthur and the Knights of the Round Table album, re-releasing it with additional music, and performing it in its entirety, together with the Orion Orchestra and the English Chamber Choir, as the headline set on the second day of the inaugural Stone Free festival at London’s O2 Arena.

In January 2017, Rick made UK chart history when his album Piano Portraits, inspired by the unprecedented public reaction to his cover of Life On Mars, performed live on BBC Radio 2 following the news of David Bowie’s death a year earlier, became the first solo piano album to enter the Top 10 on release, eventually reaching No. 6. It was a feat he repeated in 2018 with the follow-up album, Piano Odyssey. Both records feature tunes that have a special connection with Rick’s personal musical journey and his subsequent tours, in which he performs a selection of tracks accompanied by hilarious memories and anecdotes have been instant sell-outs in the UK.

Life is rarely dull for Rick or those around him!