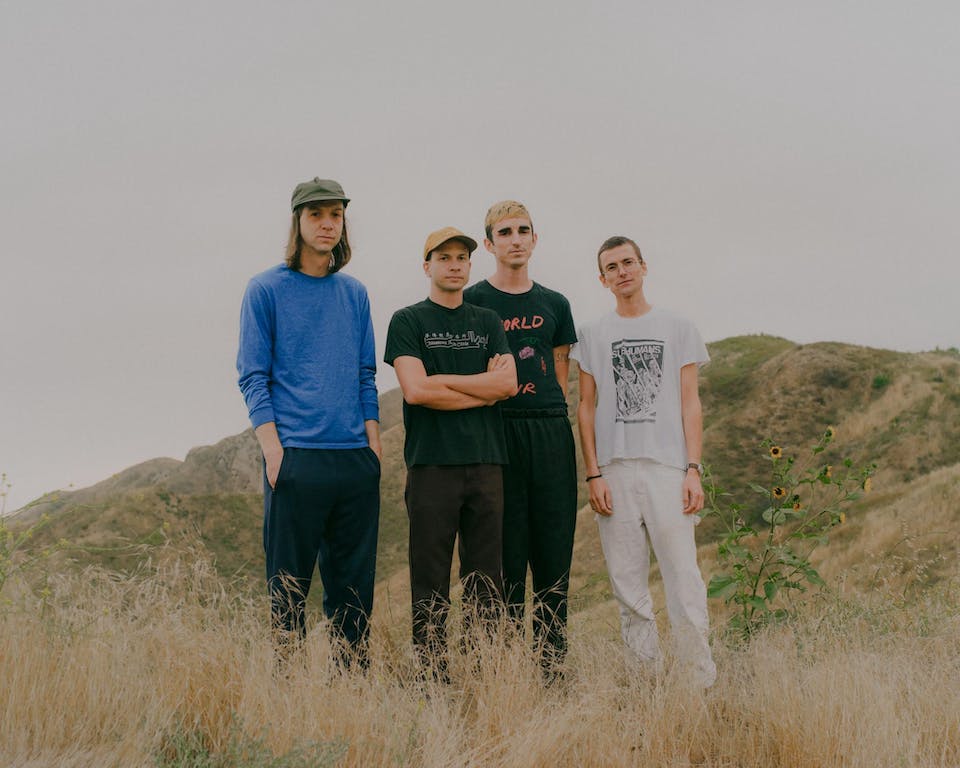 Minor Seating In Balcony Only / General Admission for 21+

Rebirth takes place when everything falls apart. On DIIV’s forthcoming third full-length album, Deceiver (out 10/4 on Captured Tracks), they craft the soundtrack to personal resurrection under the heavy weight of metallic catharsis, upheld by robust guitars and vocal tension that almost snaps, but never quite... Today, the band—Zachary Cole Smith [lead vocals, guitar], Andrew Bailey [guitar], Colin Caulfield [bass], and Ben Newman [drums]—releases lead single “Skin Game,” which gallops forth on a clean guitar riff before unfolding into a hypnotic hook offset by an off-kilter rhythm and hummable solo.

“It’s an imaginary dialogue between two characters, which could either be myself or people I know,” says Cole of “Skin Game.” “I spent six months in several different rehab facilities at the beginning of 2017. I was living with other addicts. Being a recovering addict myself, there are a lot of questions like, ‘Who are we? What is this disease?’ Our last record was about recovery in general, but I truthfully didn’t buy in. I decided to live in my disease instead. ‘Skin Game’ looks at where the pain comes from. I’m looking at the personal, physical, emotional, and broader political experiences feeding into the cycle of addiction for millions of us.”

Deceiver was recorded in March, 2019 in Los Angeles. For the first time, the band enlisted an outside producer in the form of Sonny Diperri (My Bloody Valentine, Nine Inch Nails, Protomartyr) whose presence dramatically expanded the sonic palette, making it richer and fuller than ever before. The new album is preceded by 2012’s Oshin and 2016’s critical and fan favorite Is the Is Are . NME ranked it in the Top 10 among the “Albums of the Year” and Pitchfork’s audience voted Is the Is Are one of the “Top 50 Albums of 2016” as the outlet dubbed it, “gorgeous.”

The band will embark on a North American tour in October and December including Desert Daze Festival and a performance at Warsaw in Brooklyn, NY.

Froth is a band formed in 2012 in Los Angeles, CA, by four friends who had never played in bands before. They released two albums in 2014 and 2015 before signing to Wichita Recordings in 2017 and releasing Outside (briefly).

Across the ten songs, the band dialed back the noise and psych-pop found on their previous LPs to reveal delicately beautiful melodies, intricately arranged instrumentals, and some of their most experimental song writing to date. This evolution revealed new dynamics of Froth’s sound, resulting in a moodier and more atmospheric bend to their shoegazing melodicism and pop sensibilities, mixing the driving, tuneful drone of first single “Contact” alongside the epic squall of the intertwining guitars on “Passing Thing” and the more spare, meditative landscape of “Show A Flower A Candle And It Grows.”

Following the release the band toured extensively in the US and Europe, including dates supporting RIDE and Interpol. The band is set to release their fourth studio album Duress on Wichita Recordings in spring 2019.